IoT Connectivity: What Are Your Options and When Is LoRaWAN a Good Choice? 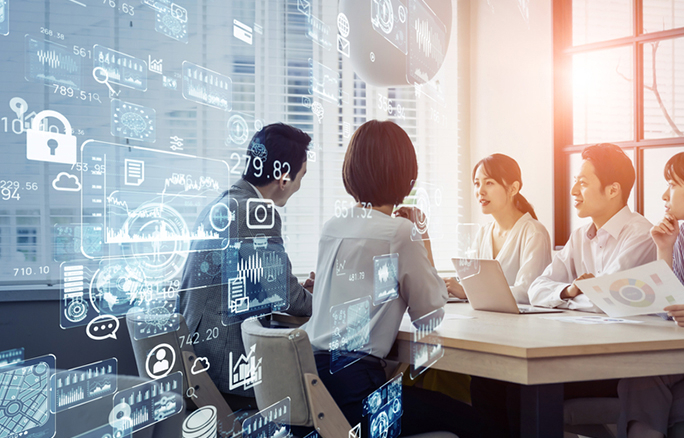 There are plenty of network protocols and connectivity options made available for IoT. The connectivity of Internet of Things refers to the connection between the points in the IoT ecosystem. This includes the links between the gateways, sensors, routers, applications, and others. There are various types of connectivity solutions under IoT that may vary depending on several factors such as power, bandwidth, and range. IoT devices also have different requirements and needs that will determine which IoT connectivity option is the most optimal to use.

Below are the following IoT connectivity solutions that you can utilize:

The interesting fact about LPWAN is that it’s not a single type of technology. In fact, it’s a group of multiple low-powered, wide-range area network technologies that come in various shapes and forms.

As of today, these are the most popular types of LPWAN technologies:

This is considered to be one of the first generations of LPWAN technologies. Its primary function is to elevate LTE networks which, in turn, empowers stronger connectivity with extended coverage to indoor and underground areas.

Pros: This LPWAN solution’s front-end is simple and the data rates for LTE-M are much higher since LTE is a primary technology in most areas. This is a good advantage since having a high data rate is important in data-rich use cases.

Cons: When it comes to LTE-M’s power efficiency and licensing, there are still a lot to consider given the many limitations that it comes with. The cost for this type of connectivity is much higher as well because of the licensed spectrum and the big companies’ ownership of patents in its underlying technologies.

This type of LPWAN provides an even better connectivity service because it extends the power efficiency of LTE-M to greater heights. Its extension reaches a larger number of IoT devices, being able to connect approximately 50,000 IoT devices per NB-IoT cell. It operates on a licensed spectrum and despite the fact that it performs better network efficiency that supports a giant number of new connections, it also helps minimize power consumption. This means that the battery life of devices can last many years.

Pros: NB-IoT offer uplink and downlink rates of around 200 kbps, using only 200 kHz of available bandwidth. Sharing of capacity and cell-site resources with other devices are also made easier since devices with this connectivity can be flexibly deployed and scheduled within any legacy LTE system. With this flexibility, mobile operators are given a better and larger range that will help them in choosing the optimal network scenarios to choose when designing.

Cons: The versatility that comes from NB-IoT like having the ability to reuse an existing spectrum such as GSM carriers, and working with an LTE band, poses new challenges due to the diversity in frequencies which causes potential interference with the traffic brought about by the LTE. The test challenge ensures that the network can indeed cope with the expected volume of attached devices which can potentially exceed the current networks through an order of magnitude. IoT device types with different traffic and application profiles display an expectation that adds to the complexity of validation.

NB-IoT has the lowest range with only 1 kilometer in urban areas and 10 kilometers in rural areas. It also does not allow private networks and has no localization and adaptive rate. When it comes to interference immunity, Narrowband IoT has lower resistance compared to the other options.

SigFox is an ultra-narrowband technology that only allows a single operator per country, running at a public network in the 868 to 869MHz or 902 to 928 MHz bands, depending on region. However, despite it being able to send messages to significant distances, it somehow falls behind compared to other connectivity solutions. Its packet size can only deliver 150 messages of 12 bytes per day.

Pros: SigFox has the ability to deliver messages to far distances ranging from 30 to 50 kilometers in rural areas, 3 to 10 in urban settings, and claimed up to 1,000 kilometers in line-of-site applications.

Cons: Although it has a greater capacity for message deliveries, the ability to go from the base station back to the endpoint is constrained since the link budget is lesser when going down than it is going up. There’s also a higher risk of data interference due to the low data rate resulting in longer time on air though mitigated by the small packet size.

LoRaWAN was built to connect battery-operated things wirelessly. This includes regional, national, and global networks. LoRaWAN appeals to the requirements of the internet of things (IoT) devices with the following features: bi-directional communication, end-to-end security, mobility, and localization services.

Battery-operated things have become smarter and more useful because of LoRaWAN. This impressive approach paved the way for machine-to-machine or M2M activity to work, allowing devices or machines to directly communicate with each other by exchanging relevant data that can be used in performing post-communication tasks.

The architecture of LoRaWAN’s network is presented as a star topology where gateways are used to relay messages between end-devices and a common, central network server.

Also, the LoRaWAN network uses encoded packets to distribute messages across different frequency channels and data rates. This increases the gateway’s capacity because the messages have a lower risk of colliding and interfering with one another.

Fulfilling tasks like doing Firmware Over-The-Air (FOTA) upgrades or sending out other mass distribution messages is possible through LoRaWAN especially since it has the ability to provide a seamless interoperability between manufacturers which allow multiple solutions to work together to deliver a more holistic end-user experience.

LoRaWAN offers uplink and downlink at rates of up to 50 kbps, using between 125kHz to 500kHz of bandwidth. SPTel offers LoRaWAN subscription as a service model in Singapore so that businesses can easily tap on the LoRaWAN network to deploy various IoT solutions. For network usage or deployments, it uses unlicensed ISM (industrial, scientific, medical) radio bands.

LoRaWAN is offered by SPTel together with their IoT-a-a-S solution on a subscription-based model for businesses in Singapore so they can seamlessly utilize the network when it comes to the deployment of IoT solutions.

The development of this protocol has improved the IoT space immensely. Prolonged battery life, reduced cost, widened coverage, and improved overall efficiency is just some of the many advantages that come from LoRaWAN’s functions.

Networks that are based on LoRaWAN are ideal for many significant projects. The connectivity is robust, smooth, and dependable. It’s also very easy to deploy but aside from these, there are many other factors that make LoRaWAN one of the best connectivity solutions there is:

LoRaWAN  is designed for low power consumption enabling battery powered sensors to last for many years.

It has a feature that can locate any LoRa-enabled or mobile end device. It has a highly secure network-based geolocation that, unlike GPS, does not increase power consumption nor does it need an additional hardware component to operate.

The LoRa Alliance is responsible for federating the specification, development, and deployment of the protocol. Through the alliance, the interoperability between providers, core network vendors, and end-device designers and manufacturers is ensured, following LoRaWAN’s utilization of the open protocol approach.

It provides two types of end-to-end security: one is for the network wherein it verifies that there is mutual authentication between the end device and the LoRaWAN network. This is to ensure that only an authorized device is granted to join and the information is not vulnerable to eavesdroppers.

LoRaWAN can support countless numbers of connected end devices, as well as transmitted messages, with its highly scalable and capable network. Its ability to perform this way is made possible by using the Adaptive Data Rate (ADR) and a multi-channel transceiver in the gateway.

The communication that LoRaWAN has is impressively strong and stable. It can even accommodate long-range connections between field sensors and radio network stations. The range of communication in the rural areas can be up to 40 km, 3 km in the urban areas, but ultimately it will depend on the performance of the gateways. LoRaWAN is beneficial to various IoT processes that require uplinks and downlinks. Through its fully bidirectional communications, support is adequately provided to the systems.

It is also capable of deep indoor penetration. This means that its network protocol can reach devices located in even the most enclosed spaces.

Among the IoT solutions, LoRaWAN presents an ideal connectivity solution when it comes to connecting up mass IoT use cases. It is powerful enough to support thousands of devices at the same time yet also has low power consumption—enabling an IoT device to run for as long as ten years even on a significantly small battery. Because of this, there is no need to worry about changing the batteries of your devices from time to time. Not to mention, it’s cost-effective and very easy in terms of deployment and management. It also has a wider range of reach and is very stable, lowering the risk of data interferences.

SPTel’s IoT-a-a-S when paired with SPTel’s island-wide LoRaWAN, will greatly help in speeding up IoT deployment with its ready gateway network and an end-to-end IoT deployment solution that includes the device management platform, compute resource, and network backhaul that can scale as your business needs increase. Having a ready solution that also comes with island-wide connectivity for your sensors can greatly help you to speed up deployment by reducing your need to invest time and money in R&D to build and manage such a system in-house.

Check out our article “Are you ready for the Rising Demand for IoT Deployment” to learn more about our solution. Want to find out more about SPTel’s IoT-a-a-S use cases? Check out our CNA documentary “Home-Grown with a Digital Edge” to see how we are enabling smart urban farming and smart lift maintenance with LoRaWAN and IoT-a-a-S.